The View from The Shard Sign up to the newsletter

International Women’s Day has been recognised since the early 1900’s, a time of great change and the rise of new ideologies. This is a day to celebrate female achievement, raise awareness against stigma and take action for equality in order to ensure the future for women everywhere is bright. We interviewed ‘Engineer of the Year’ (Women in Construction Awards 2014) and a champion for women in engineering, Roma Agrawal, who designed the foundations and the iconic spire of The Shard.

Tell us more about your background and how you became to be involved with The Shard project.

As a child I always really enjoyed Maths and Physics but I wasn’t sure what career I wished to pursue at the time so I did a degree in Physics. I became inspired by engineering whilst doing a summer job within my university degree and I happened to be working with lots of engineers. Their work was really inspiring and I thought of how much I love buildings and my interest in architecture and came to the conclusion that structural engineering would be an interesting career to pursue. After I finished my undergraduate degree I did a masters in structural engineering and began working for a company where I completed a footbridge in Newcastle. From this, I was asked if I wanted to work on the Shard. From here, I spent the next 6 years working on various parts of the building, including the spire which is obviously where the viewing gallery is now.

You mention in various past interviews how building the Shard was a career highlight, what made this experience so unique and special?

The scale and complexity of this project made it unique, there was so many different types of engineering that I learnt as I was working on the building. Working on the office levels and then working on the viewing gallery at the top of the Shard was a completely different experience. We knew the steel was going to be exposed at the top of the Shard and millions of visitors would be looking at the steel, so trying to design that in comparison to the foundations which nobody would see was quite a different challenge. So the highlight of this project for me was that it was so varied. Despite spending 6 years of my time working on this project, it was still constantly throwing up new challenges and techniques. As the months went past, I designed with completely different materials and types of structures so it was really good fun. 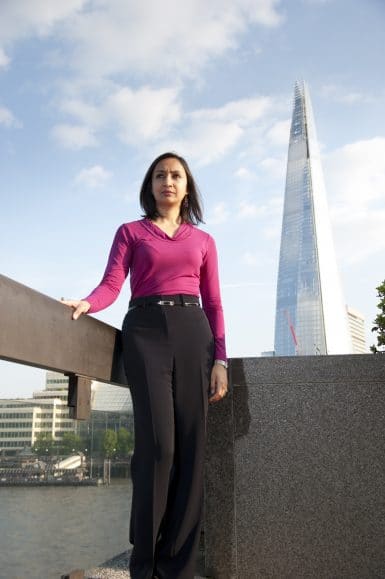 What were your personal highlights of the project?

I have two! They both involve visiting sites. The first was one of the first times I visited and at the time you went through a tiny blue door and I think that’s roughly where the nice fancy entrance to the viewing gallery is now and I was trying to picture what this building was going to look like when its finished because then it was just a big hole in the ground. And the second was after we finished constructing all the steel for the spire and I was able to go up to level 87 before the glass had even been put up. And it was really incredible being able to stand and thinking I am the person who is at the highest level of the whole of London and the UK at this point in time. So that was a really memorable point.

What is your favourite part of the building and why?

I think the spire is my favourite part. This is because usually when structural engineers design things they get covered up and you often get things plastered and painted and it gets hidden away but what I really love about the viewing gallery and the Spire is that all the steel is exposed. So, if you have sharp eyes you can go up and look at it and figure out exactly how it works and where the wind forces are being channelled down and how the weight of the glass is being supported and the skeleton of the structure.

What challenges have you faced being so successful in a predominately male-dominated industry?

The biggest challenge I faced was the impact it had on my confidence as a younger engineer. I would go to all these meetings and be surrounded by men who were older than me and more experienced than me so ‘oh they know so much and I don’t know very much’. So I’d often stay quiet in meetings. But over time I began to recognise my contribution had value and I managed to build up my confidence and ability as an engineer. I also think things have changed quite a lot as I have been in the industry for coming up to 15 years now and you do see more women getting involved into the industry. There is obviously a lot more work needed to retain women and to make sure they do find their way up to the management levels so there is still a way to go but things are moving in the right direction.

How important do you believe the Shard is to London’s Sky Line?

Over the last nearly 10 years its been on the sky line that it has become quite a defining feature of London’s sky line. Often when you see London being advertised you see the Shard in most of them and I think that’s really exciting as its not often you get to work on a project that really defines an icon for a city. 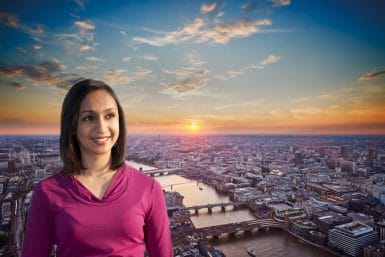 London’s skyline is continuously changing, how do you believe the skyline will evolve over the next decade and how do you think the Shard will fit into this?

There are very strict restrictions on height in London. Therefore, I don’t think there will ever be a building much taller than the Shard, due to the limit of what is allowable. If something ever does come that’s taller it won’t dwarf the Shard in a sense, and I think what will be interesting to see is we will still see the iconic skyscraper but in general I don’t think we will see a huge surge in skyscrapers. What makes the Shard so iconic is its shape, it adds this kind of triangular shape to the circle of the London eye and the rounder shape of the gherkin so that’s why I find London skyline so interesting because you get different shapes coming across it. So it will be interesting to see what kind of designs and shapes come to the skyline in the future. But I expect the Shard will continue to maintain its distinct and iconic status. 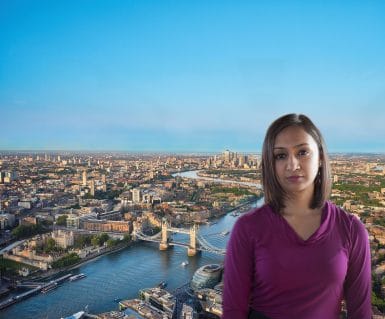 Looking out at the view up here, what’s your favourite view from the top?

That’s a tricky question that no one has ever asked me before actually. I probably think I was taken by looking at Canary wharf because when you go to Canary wharf you think ‘my goodness these buildings and structures are so tall’ and in fact before the Shard, One Canada Square was the tallest tower in London and being able to stand at the top of the Shard and look at that and realise actually the Shard dwarfs all of those huge buildings kind of plays with your sense of proportion a little bit. So I think that’s probably the most interesting point of view I got from being up there.

You have become a great inspiration for females in construction – how did The Shard project help you with this?

I think the Shard gave me an interesting hook to talk about which was inspiring to people – as they were so interested in the building they would ask me to come and talk about it. And ask me to come and speak about it – and they thought she’s quite cool as well – being involved in that project I was able to go out there and speak and try and inspire young people which led to me writing my book BUILT – the Shard is an important part of it alongside my podcast about the shard building stories. So it gave me an amazing talking point which people were completely fascinated by. 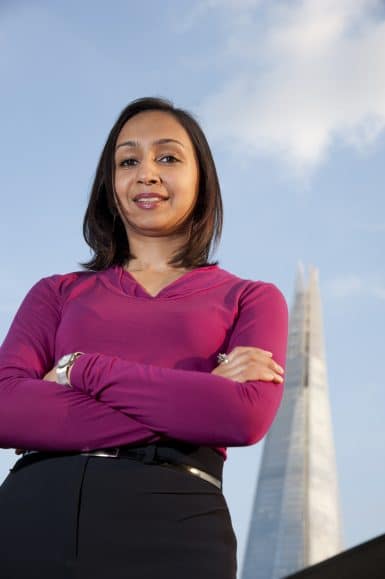 If you have one piece of advice to young girls wanting to get involved in the construction industry, what would it be?

I’d encourage them to be curious. I see young kids and they’re so excited and interested in the world around them and I think we lose that at some point so I would encourage young girls in particular but also anyone to look around them and think about the buildings they live in, they go to school in think about what materials it was made of and how it was built think about what’s underground and just kind of explore their world a bit more because that’s really what engineering is about – understanding how the world works and trying to make it better.

off
on
Book For January
Book For February Onwards